Our paper on how predators select prey from prey groups is out now in PNAS. It wouldn’t have happened without Florence Rocque volunteering to do an internship in the lab back in 2015. The paper has been covered in The Sun online and I was interviewed on Radio 4’s Today programme!

Across a wide range of animals, it is assumed that leading from the front of a group exposes individuals to greater predation risk, generating a cost that explains variation between individuals in their tendencies to lead and follow. Remarkably, there is scant empirical evidence to support this, and there are no experimental tests. By presenting real predators with a simulation of collective behavior, we were able to exclude any correlation between social behavior and other traits that could confound effects on predation risk. We show that virtual prey leading others were preferentially attacked, but leaders were still safer than solitary prey. Leaders benefit from being followed, and they should act to maintain group cohesion and avoid splitting from their followers.

Or if you prefer The Sun’s version… 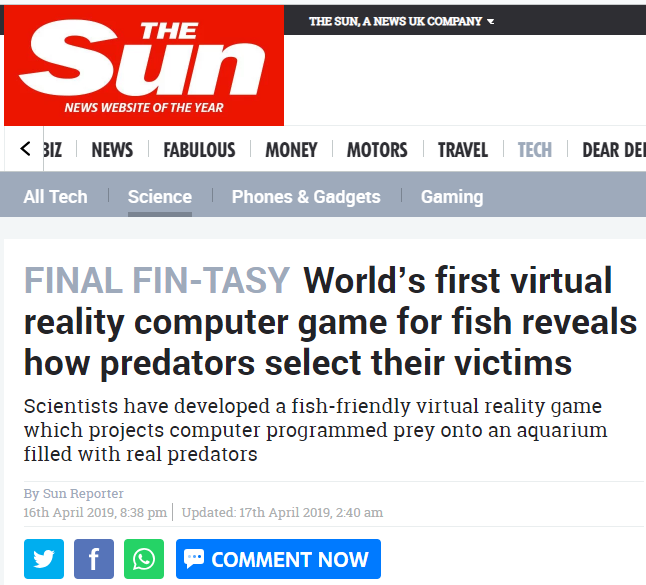