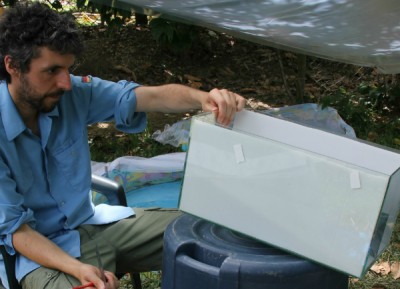 Since first studying animal behaviour I’ve been interested in the evolution of group living and also how groups form and are maintained over short time scales. My research has covered multiple aspects of group living, particularly the interaction between the behaviour of predators and social interactions in prey, and how inter-individual differences in groups interacts with group decision making. More recently, my research is including how predator and collective behaviour is affected by anthropogenic change in environmental variables, such as turbidity and anthropogenic noise. I use fish as a model system, both in the laboratory and in the field, because they are awesome.

Collective behaviour is a very inter-disciplinary area of research as it has importance to any organism that interacts socially, from microbes and plants all the way to humans. Although my training is very much in animal behaviour and behavioural ecology, I try to keep a broad perspective and collaborate with researchers in other fields. This includes physics and mathematics which provides a solid theoretical grounding for group processes and new analytic tools, and psychology which has a long history of studying social relationships in humans, many aspects of which apply to non-human animals as well.

As with most researchers I have been heavily shaped by the research groups I’ve been lucky enough to work in. Doing my PhD with Prof. Jens Krause at the University of Leeds (Jens is now back in Berlin, at the Leibniz Institute) was a great training in how to design and carry out behavioural experiments with fish, write papers, and think like a behavioural ecologist. It was where I fell in love with fish! Importantly, I had freedom to pursue my own research interests and develop my own style of experiment (as well as make loads of my own mistakes).

Moving on to Prof. Iain Couzin’s lab at Princeton University as a postdoc was quite a change, with most of the lab members there being mathematically and computationally focused. This was great for me as I had enjoyed working with such folks before, and it really helped me develop communication skills with those who hadn’t been trained as biologists (think physics, computer science, and applied mathematics backgrounds) but who were interested in similar research questions. Being one of few experimental biologists in the lab I had plenty of opportunities to develop new experimental approaches, such as a ‘virtual prey’ system for studying predation and training fish to spatial targets to test models of group decision making. Iain’s approach of using advanced methods such as computer tracking allows a much richer and detailed measurement of behaviour than is usually achieved and this is something that I utilise in my own research now. I also learnt a lot from Iain about thinking beyond animal behaviour to how our research can learn from, and contribute to, other fields.

Finally, I spent a year as a teaching fellow in animal behaviour in Exeter university’s School of Psychology, which again exposed me to new ways of approaching research, and gave me an appreciation of the experimental and statistical rigour that is standard in psychological experiments.

Since 2011 I have been at the University of Bristol, initially on a Leverhulme Early Career Fellowship and then as a NERC Independent Research Fellow. My NERC fellowship ended in September 2018 and I survived the first year of having a full teaching load!

We’re growing the research group – if you’re interested in the work we do and joining the lab or collaborating, please get in touch. 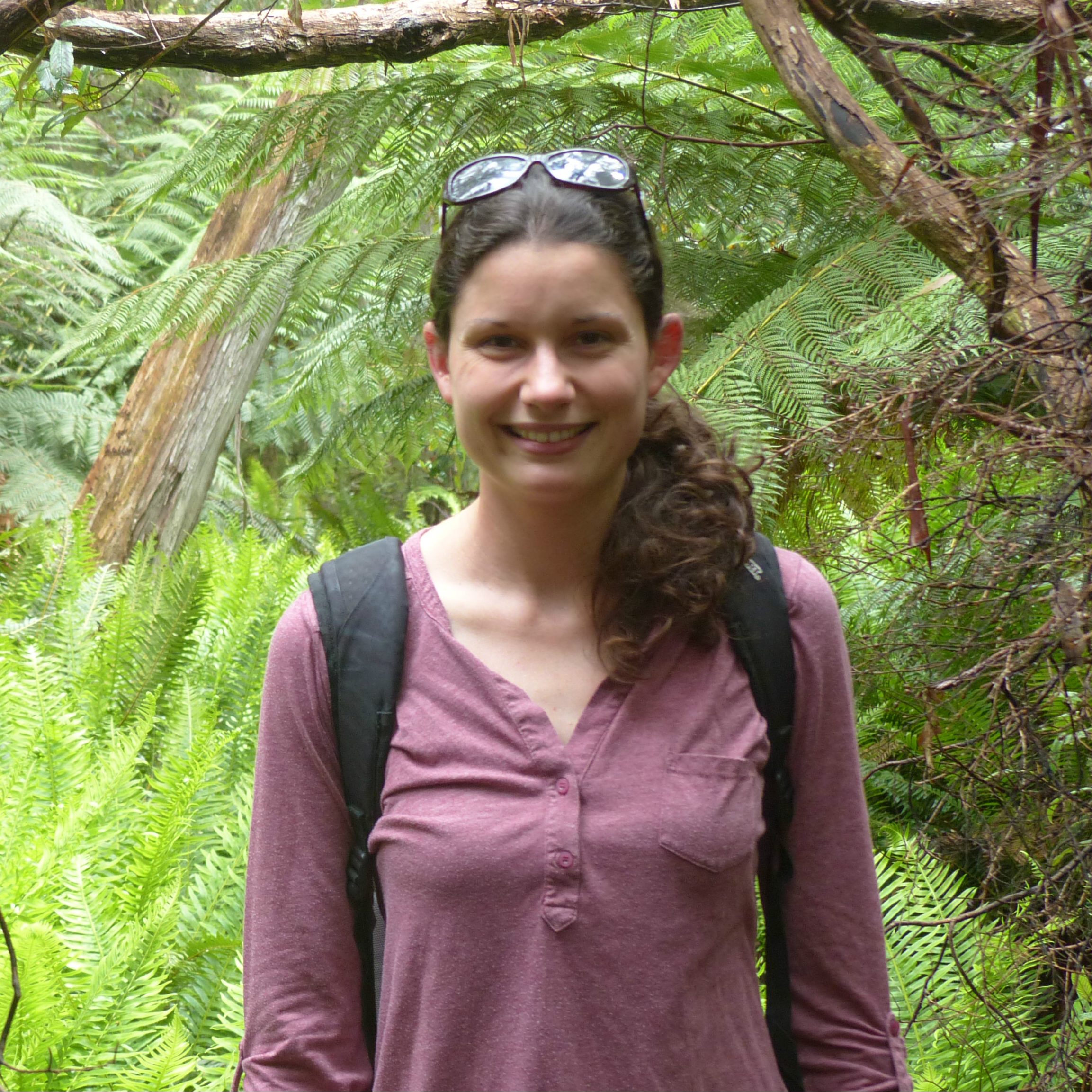 Hannah first joined the group as a research assistant for a few months conducting her own experiment, exploring detection of prey by shoals of sticklebacks, which we’re currently analysing. Having done an excellent job, she’s now a NERC funded postdoc with us for 3 years working on group decision making. 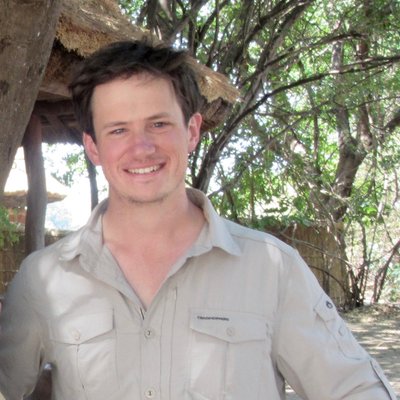 Rob joins us from the University of Exeter’s Psychology department where he worked with Darren Croft and Joah Madden. He’s came initially as a Leverhulme Trust postdoc position looking at predator targeting behaviour, and is now the postdoc on our first major BBSRC grant. 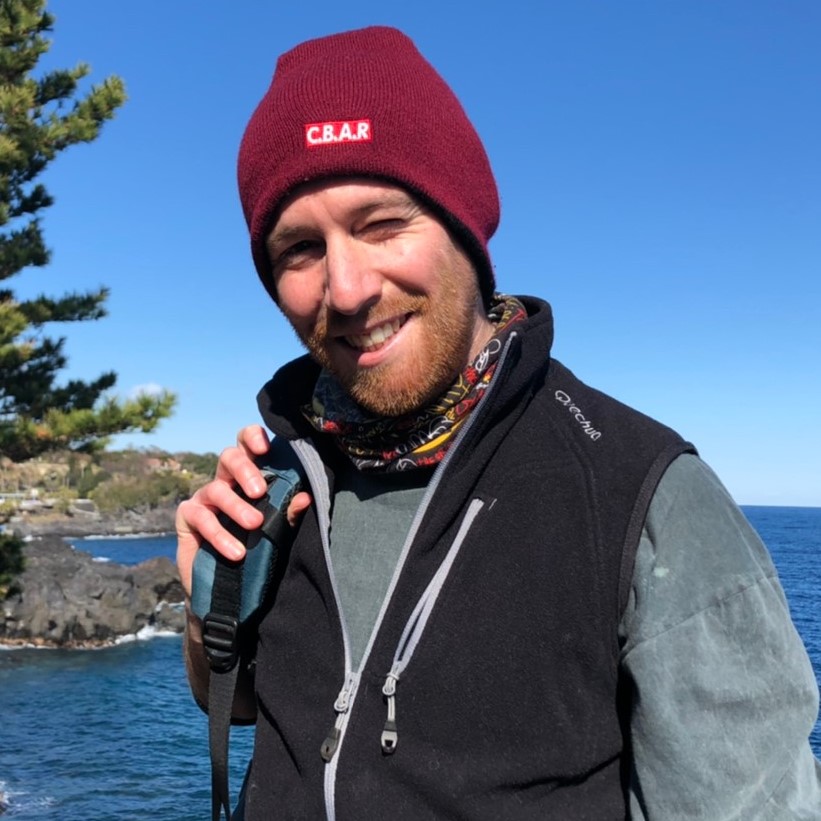 Isaac won one of the very competitive Marie Skłodowska-Curie Postdoctoral Fellowships, funded by the EU. He’s bringing together skills he learnt during his PhD (with Gregory Sempo and Jean-Louis Deneubourg) to explore how personality and state interact in predator-prey interactions. 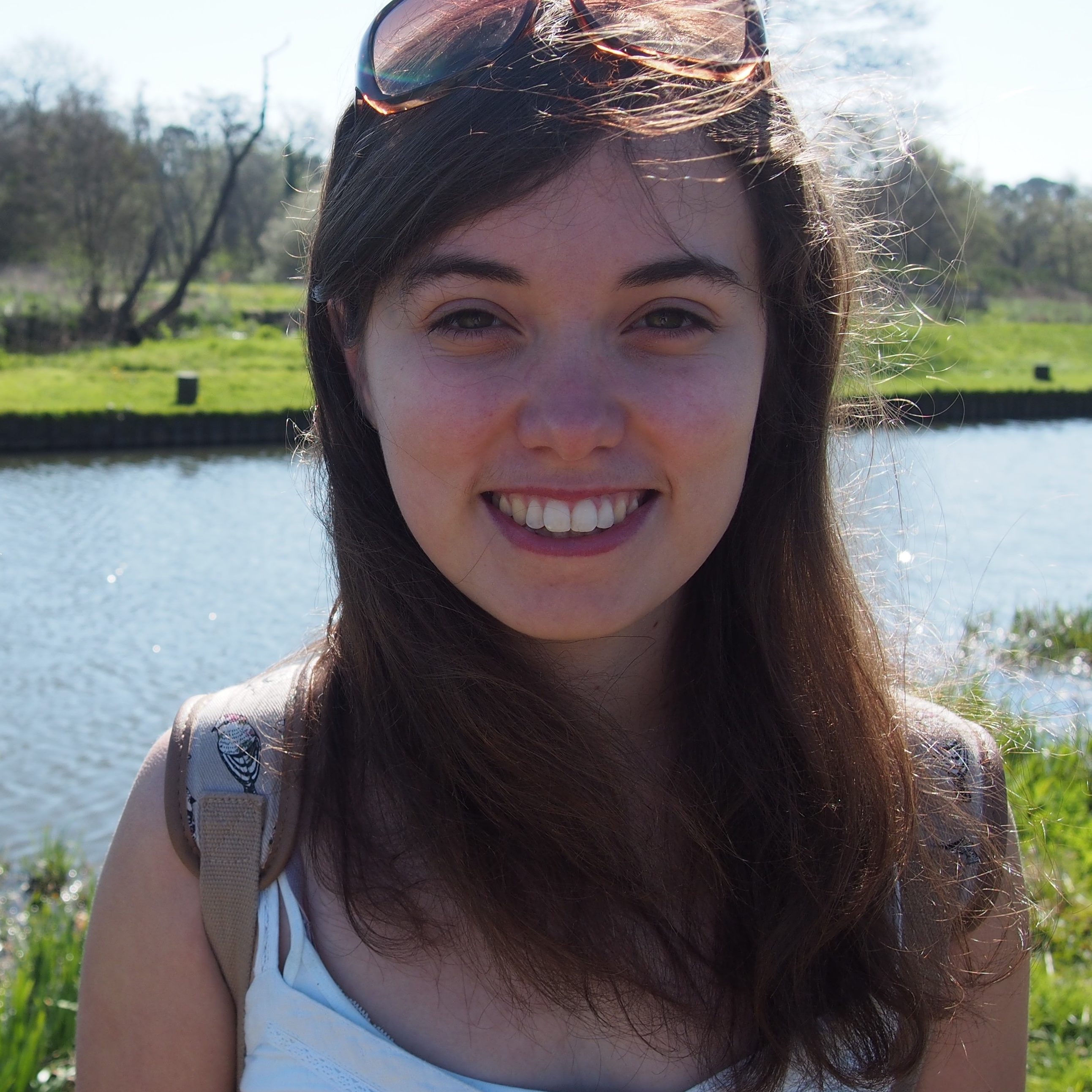 Jo is doing a PhD funded by the NERC GW4+ Doctoral Training Program and Macquarie University. On this ‘cotutelle’ scheme, she’ll be with us for the first half, then join Dr. Chris Reid in Sydney for the second half. Jo’s background is perfect for the group: her undergrad is from Exeter (where there are loads of great behaviour researchers), then she did an MSc in Computational Methods in Ecology and Evolution at Imperial. 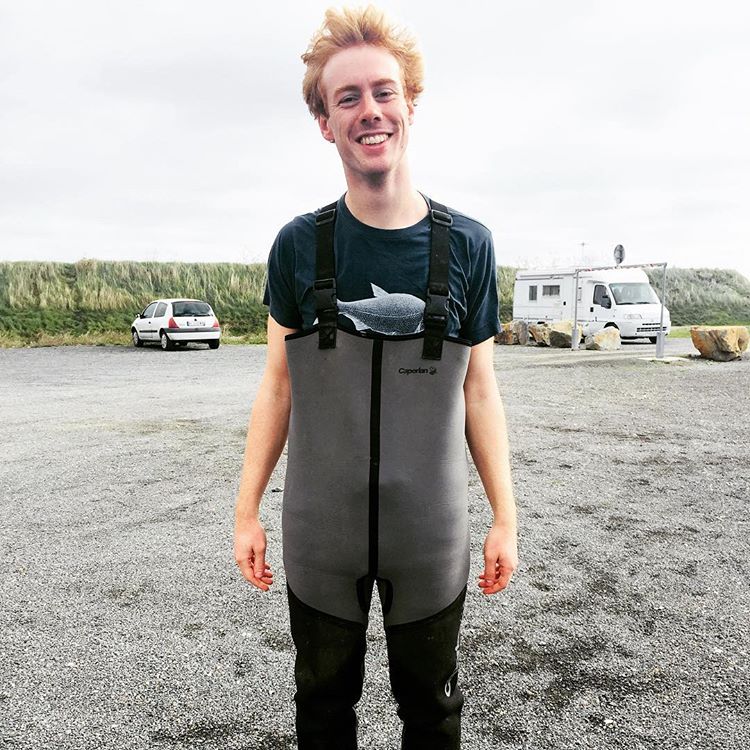 Iestyn is also doing a PhD funded by the NERC GW4+ Doctoral Training Program and Macquarie University. He’ll be working with Culum Brown at Macquarie for the second half of his PhD. He did his first degree at UEA, then a Erasmus Mundus Joint Masters Degree at universities in Scotland, France and Greece! We’ve also published a paper together: “The oddity effect drives prey choice but not necessarily attack time” 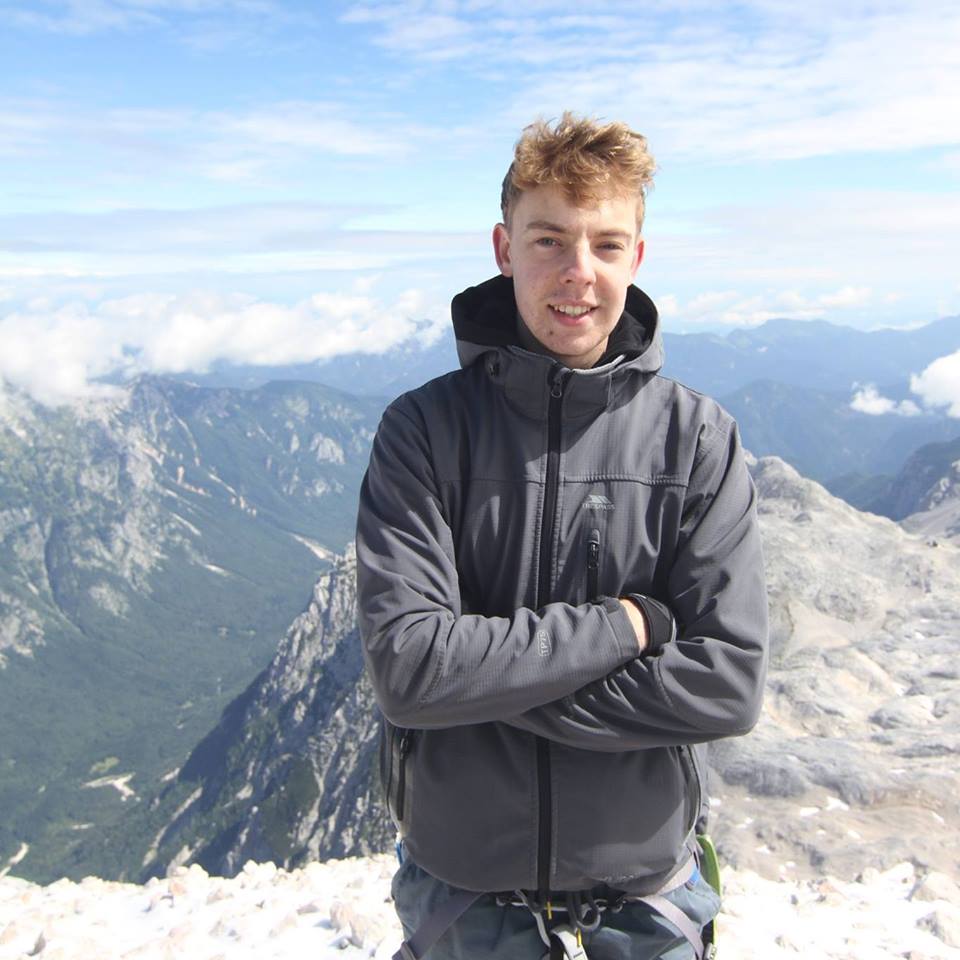 Toby is also doing a PhD, this time on behavioural interactions between native and invasive cichlids. His work will mostly be based in the field, and somewhere exotic too! Toby joins us from Swansea University having recently finished the excellent MRes Biosciences programme, and is funded by NERC’s FRESH CDT scheme. 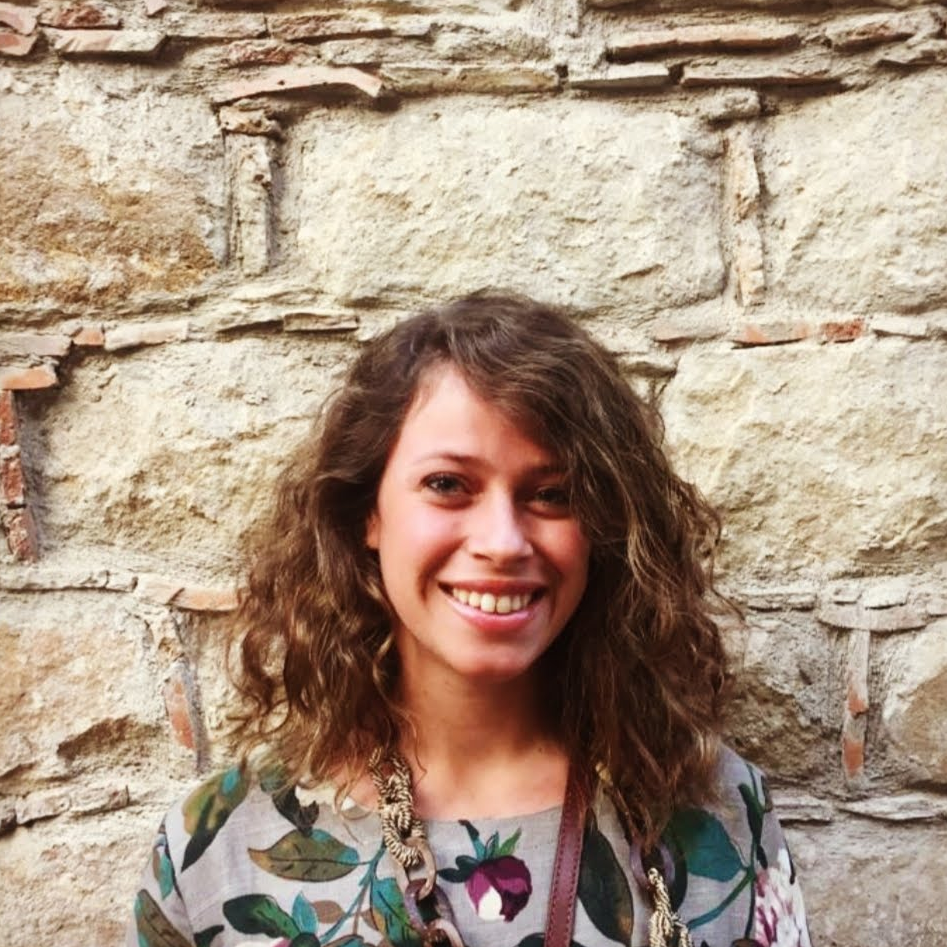 Costanza is also funded by the NERC’s new FRESH CDT. After many years as a marine biologist at Plymouth University, she’s come to us to work on how temperature and turbidity in freshwater systems affect predator-prey interactions. 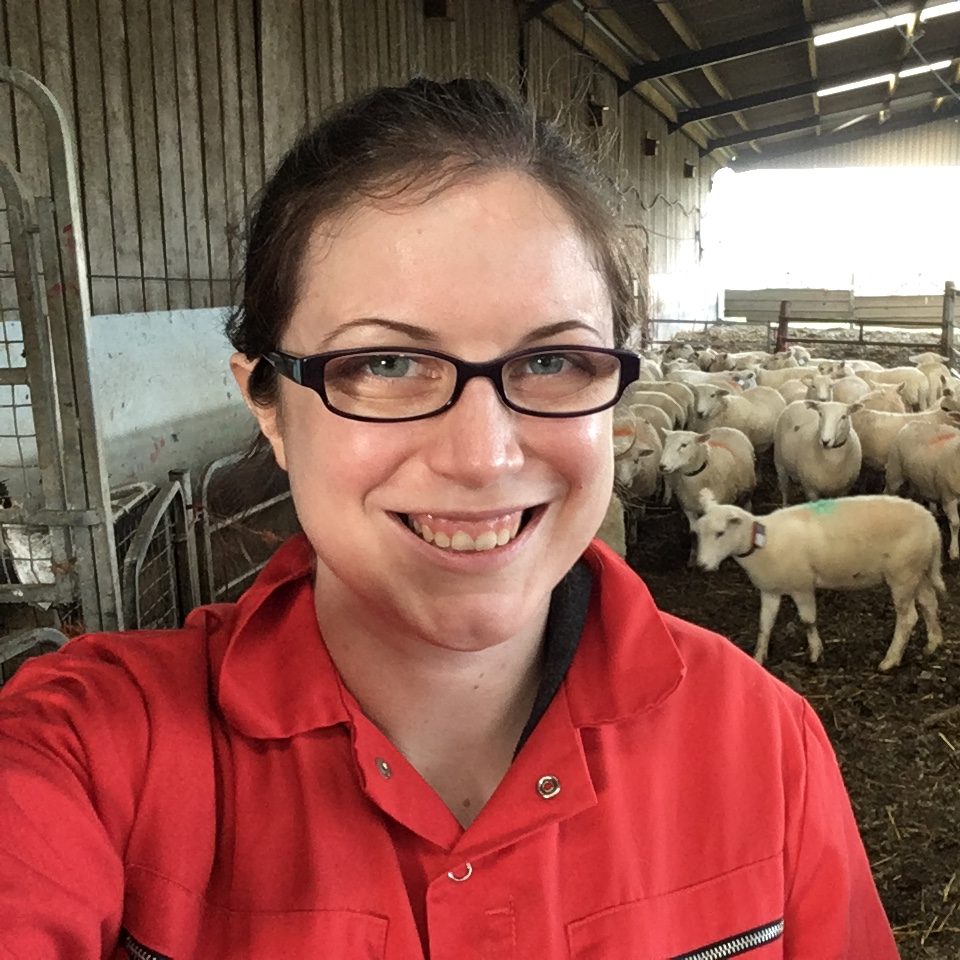 Rachel is funded by the BBSRC SWBio PhD scheme, working on how parasites influence sheep behaviour as both individuals and at the collective level. Rachel is cosupervised by Prof. Eric Morgan. She did her earlier degrees at Exeter (the excellent Evolutionary and Behavioural Ecology masters) and Birkbeck. 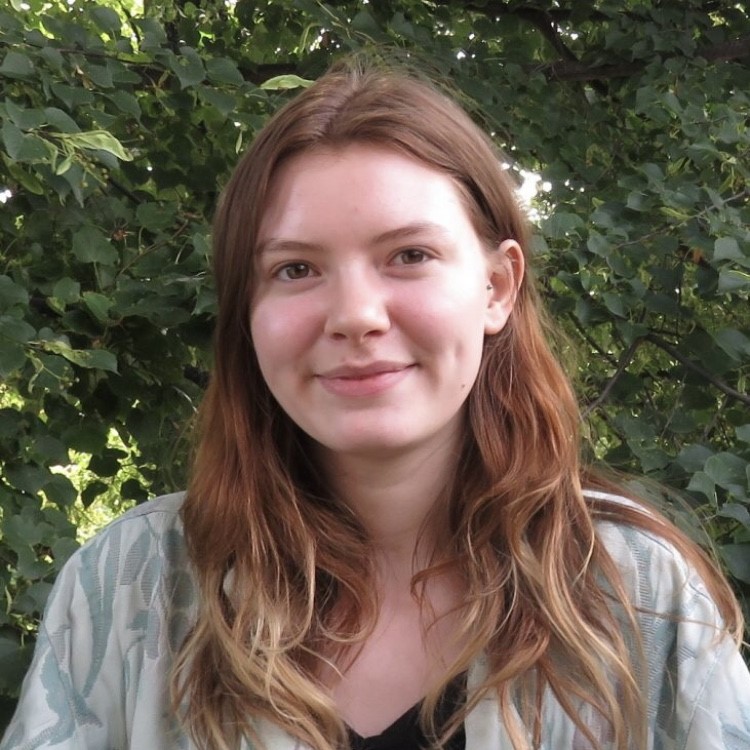 Molly is a Masters by Research student, examining how environmental conditions impact fish collective behaviour. She did her first degree at the University of Oxford, and is doing a combination of field and lab work for her masters. 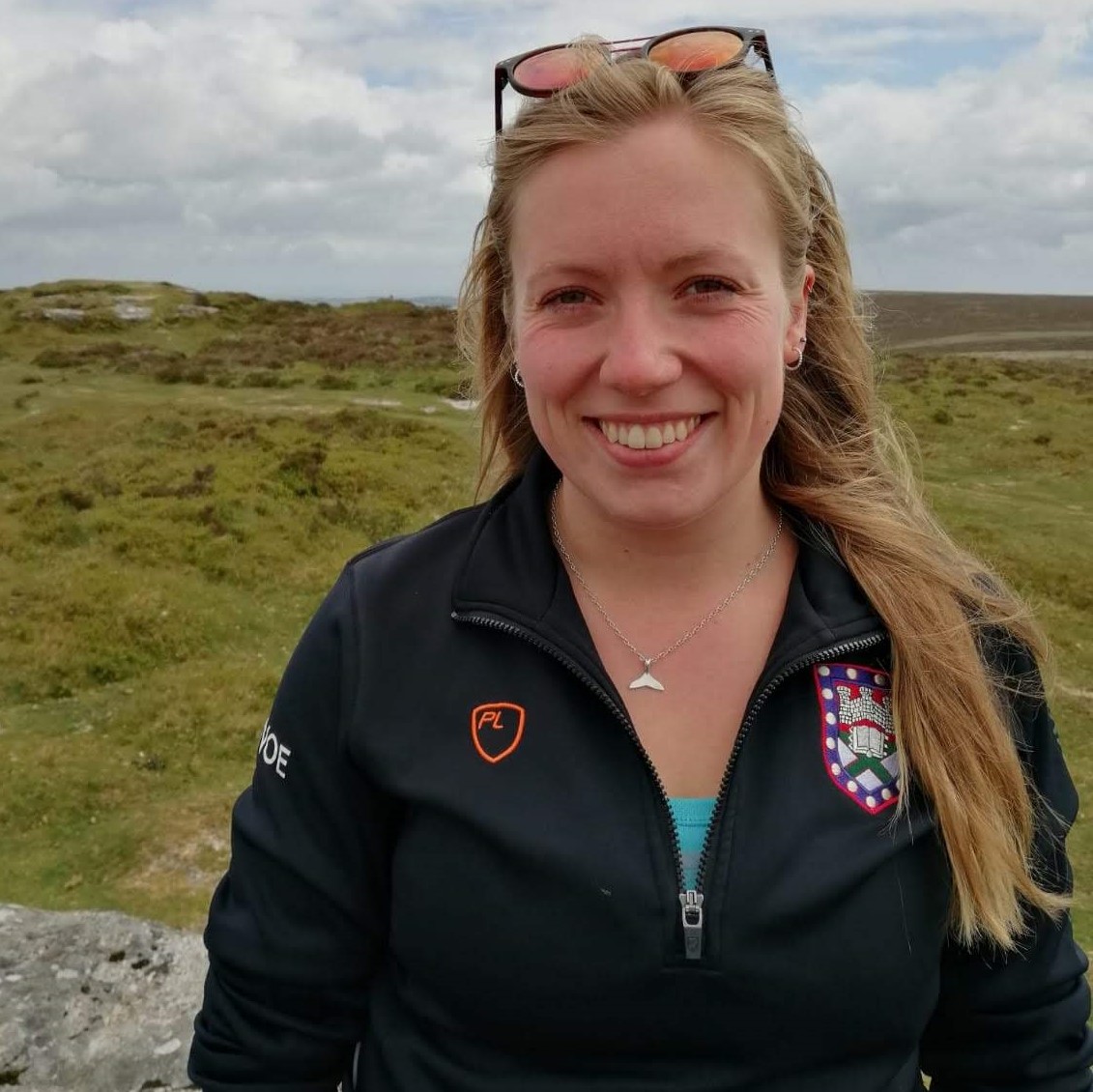 Ella W’s Masters by Research project is investigating how shoals of fish can avoid areas subjected to anthropogenic disturbance. She did her first degree at the University of Exeter. 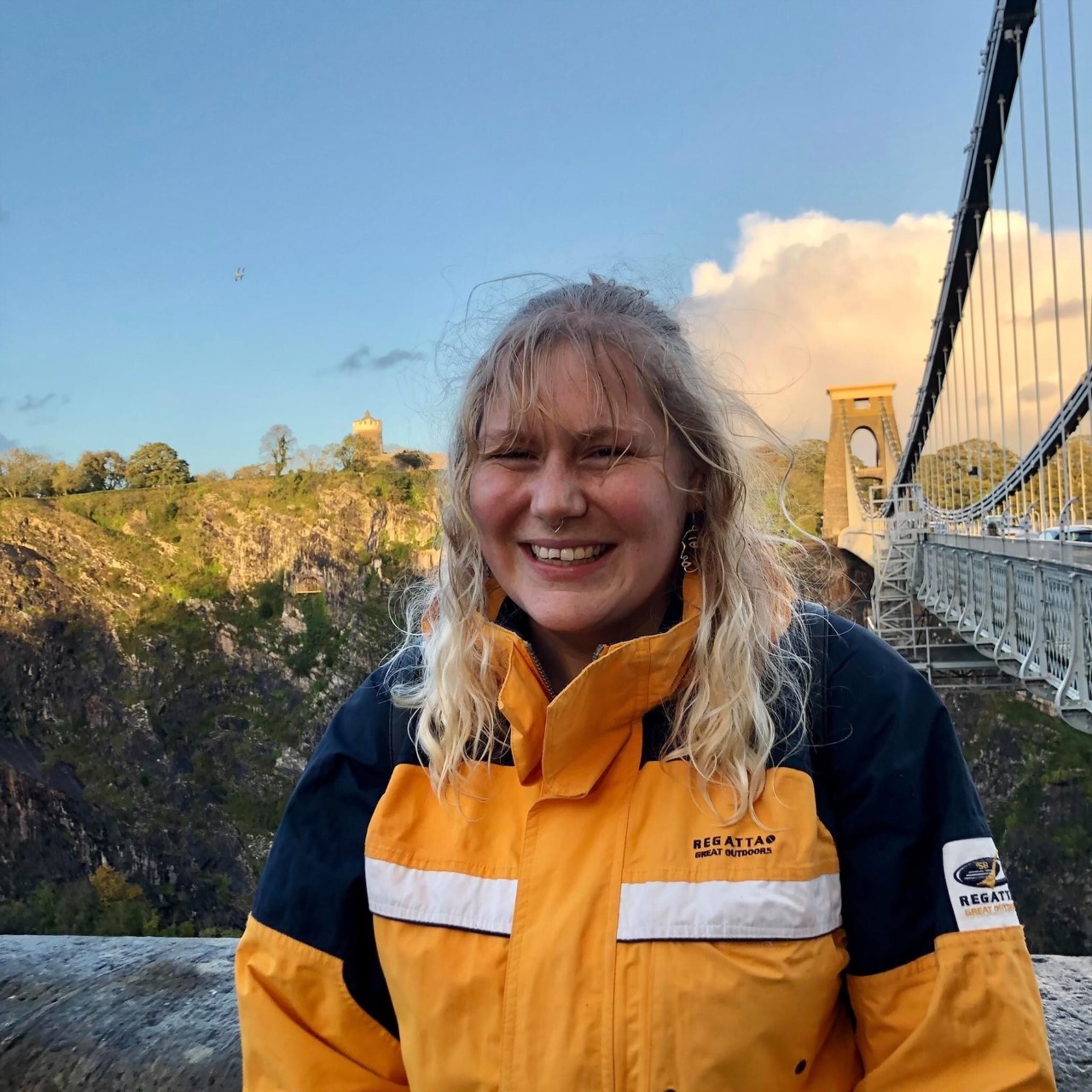 Ella A joins us from the University of St. Andrews. Her Masters by Research project is investigating the interaction between fish colour patterning and water turbidity. 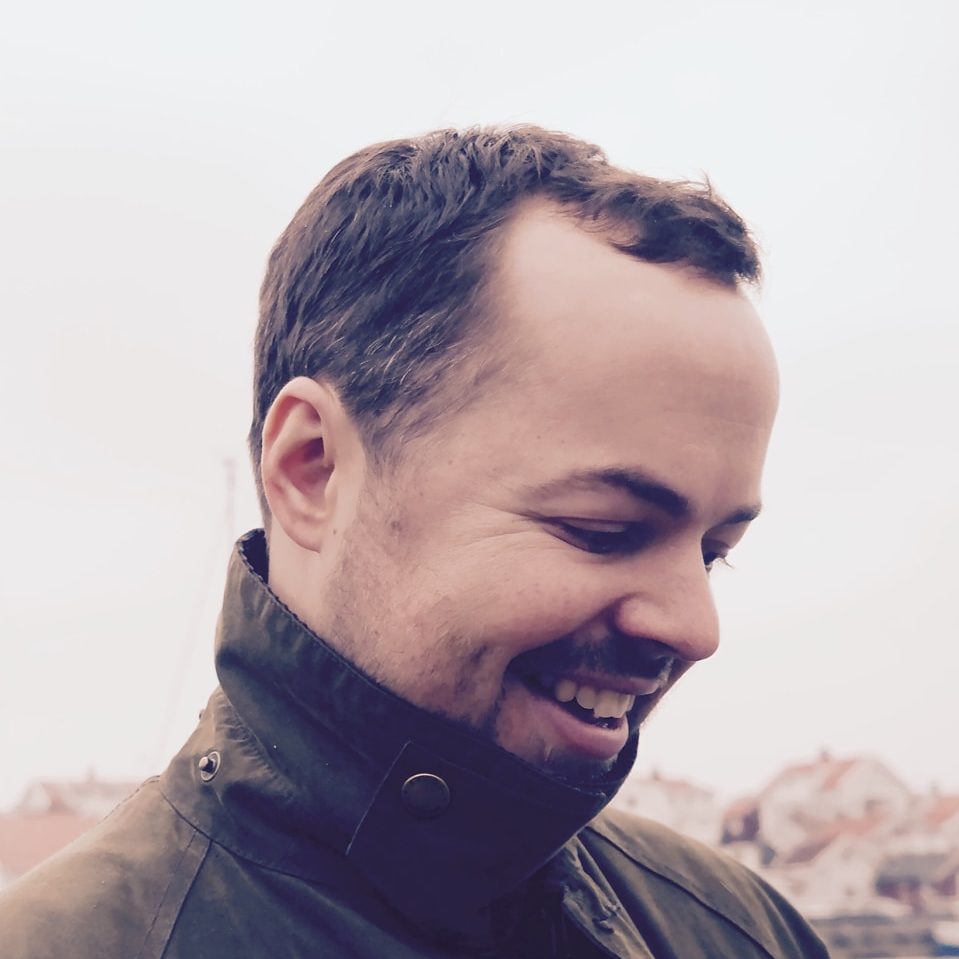 Although James (aka Teddy) came as a postdoc for 2 years, after a year he was snapped up by the University of Cambridge as their new lecturer in marine biology! He did great stuff with us in Bristol. 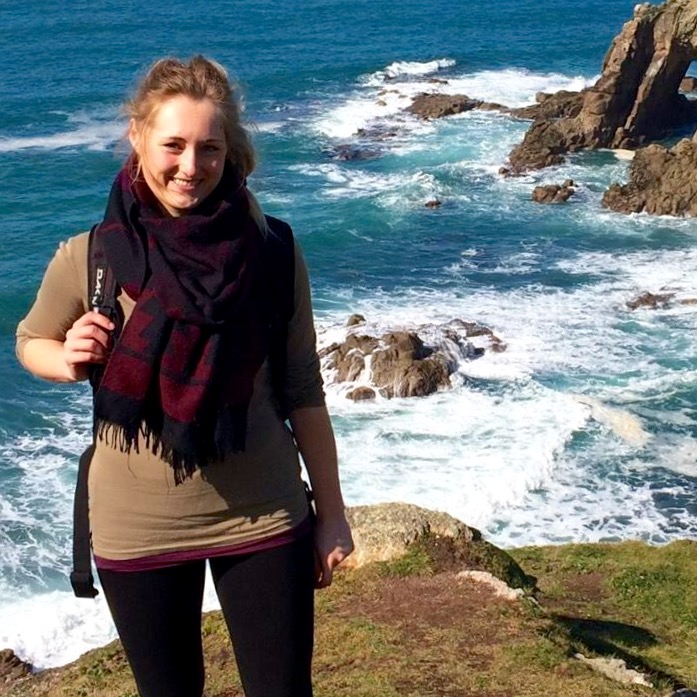 Caroline completed her PhD in 2021, funded by the NERC GW4+ part time alongside a job at DEFRA. She worked on a really exciting project, how parasite infection interacts with distributions of sheep, a new direction for the lab. She was cosupervised by Prof. Eric Morgan and Prof. Richard Wall. 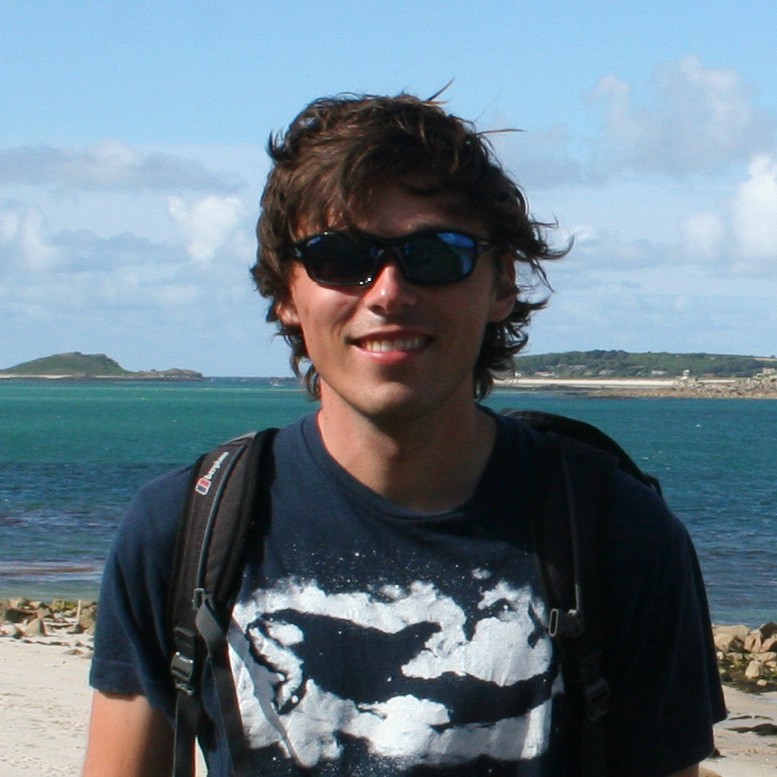 Andy was a NERC GW4+ PhD student, having orginally joined the group as a  technician. He finished in 2021 with some great papers under his belt on predator-prey interactions in fish, especially focused on personality effects. 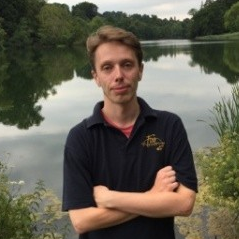 Jon finished his Masters by Research with us in 2020, and his project was published in Behavioral Ecology and Sociobiology: "The impact of turbidity on foraging and risk taking in the invasive Nile tilapia (Oreochromis niloticus) and a threatened native cichlid (Oreochromis amphimelas)". 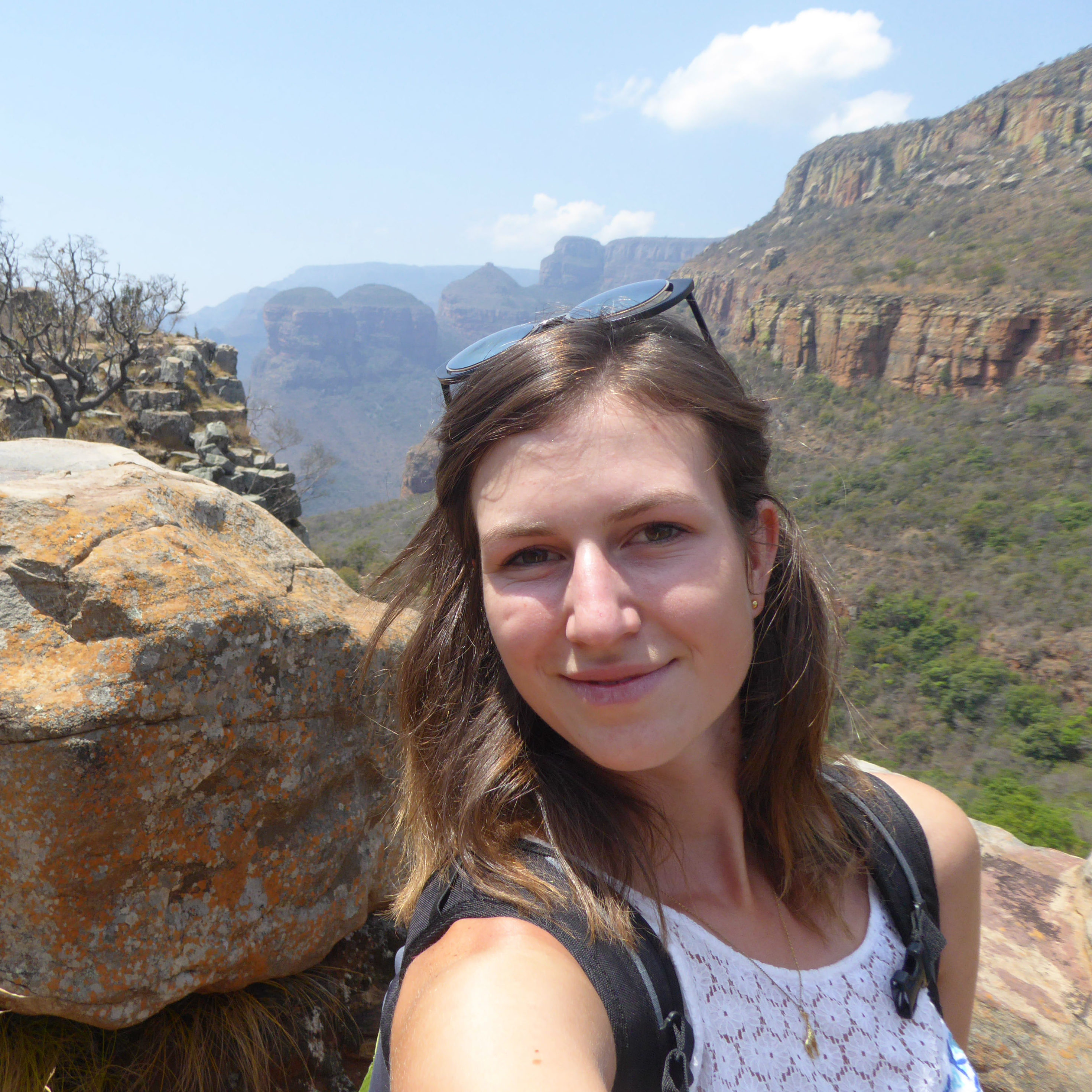 Izzy finished her Masters by Research with us within a year in 2019 - no mean feat! She loves Bristol so much she did her Biology BSc in our department too, and is now doing a degree at Bristol to become a vet, having gained a place on the very competitive graduate scheme. 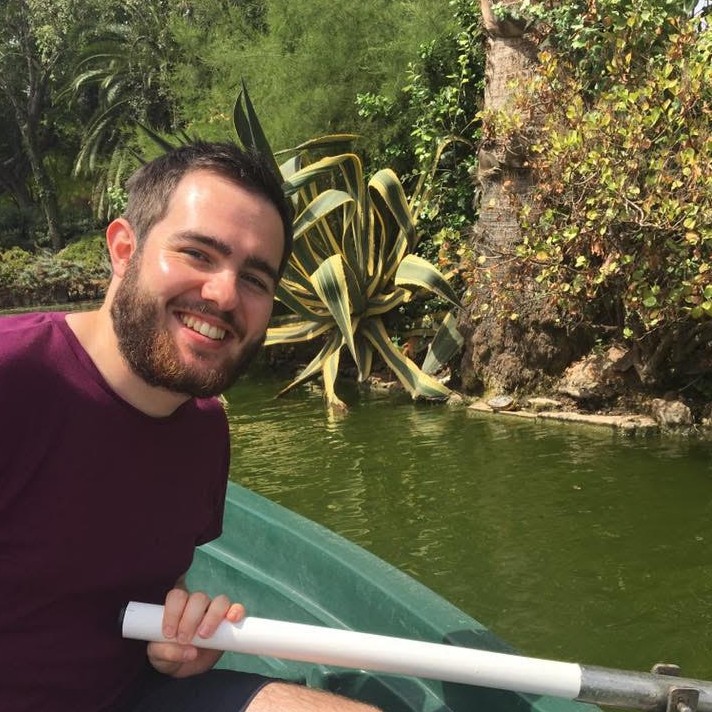 Chris completed a Masters by Research with us, from his undergraduate degree at Reading where he achieved a first class. Chris studied group dynamics in shoals of fish and exploring what affects, and is affected by, these behaviours. He's now moved on to a job as an ecological consultant. 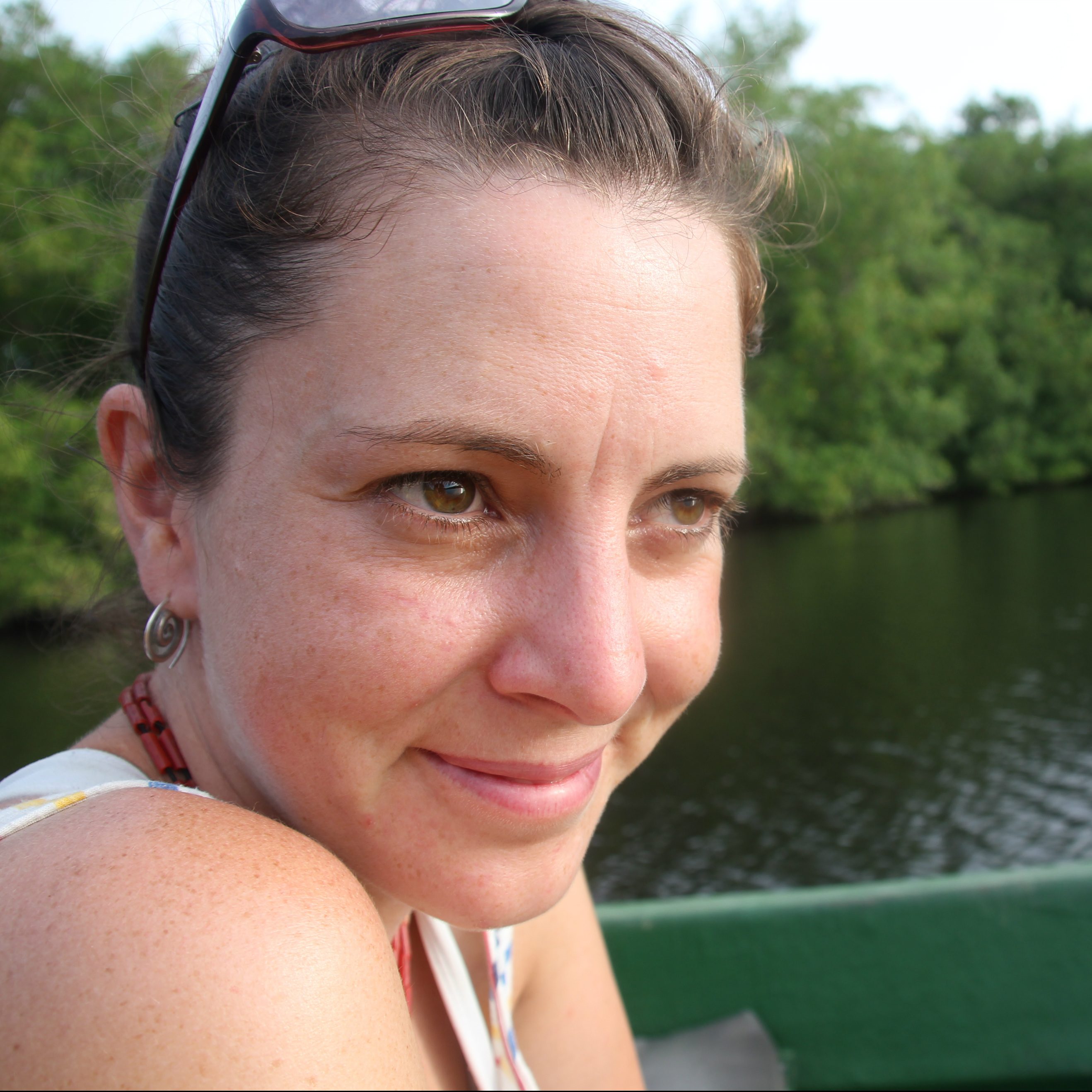 Amy worked with us on the collective behaviour of fish as a research assistant after her PhD and postdoc at the University of Reading. Her work with us was published: "The effect of group size on the speed of decision making depends on compromise and predation risk across populations in the guppy Poecilia reticulata". She now runs a science communication project: Dog Science Says. 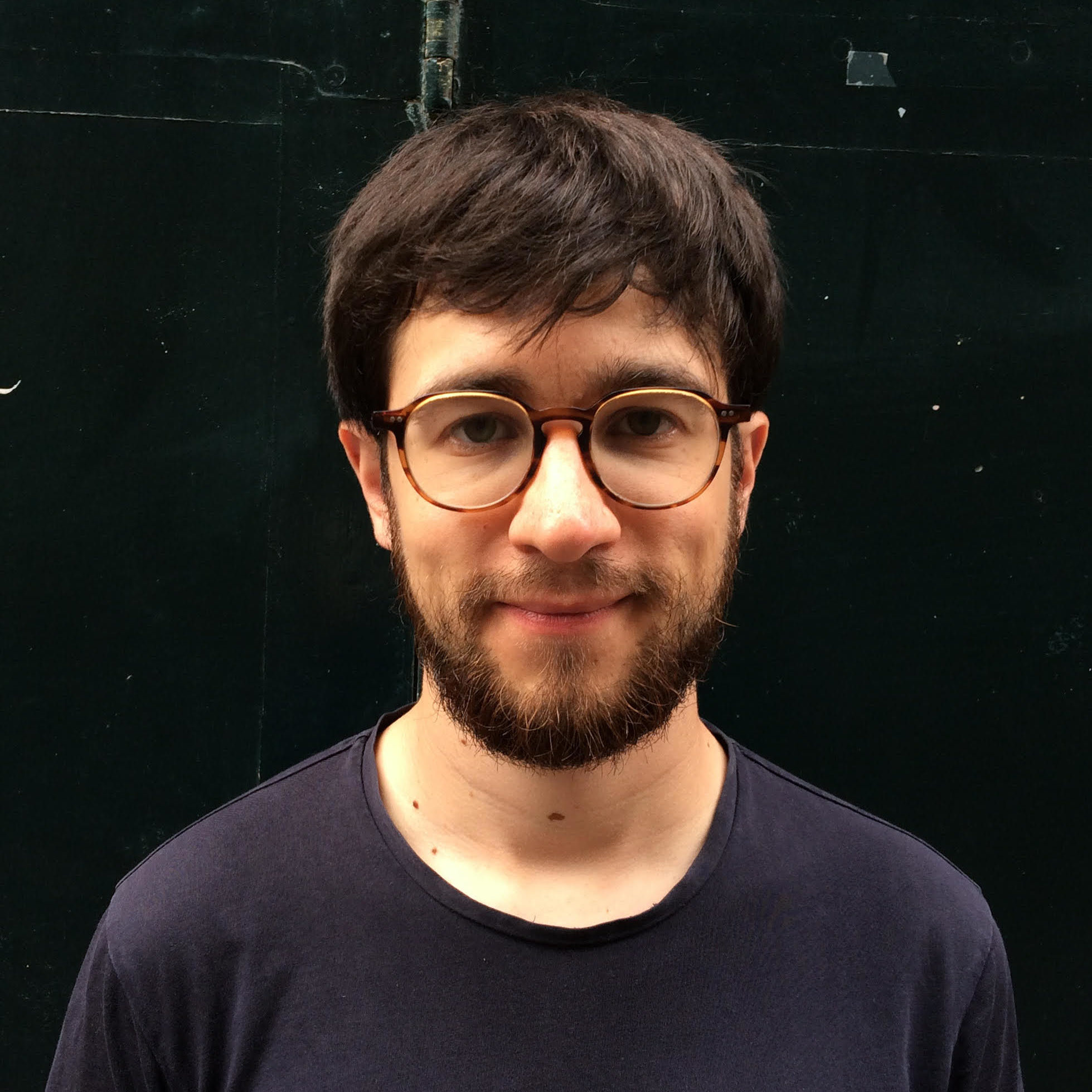 Valentin joined us for a 3 month project funded by the Bristol Centre for Agricultural Innovation. He's an expert on fish shoaling behaviour, having completed his PhD with the esteemed Guy Theraulaz and Charlotte Hemelrijk, but has moved on to a postdoc with Elva Robinson to work on ants! 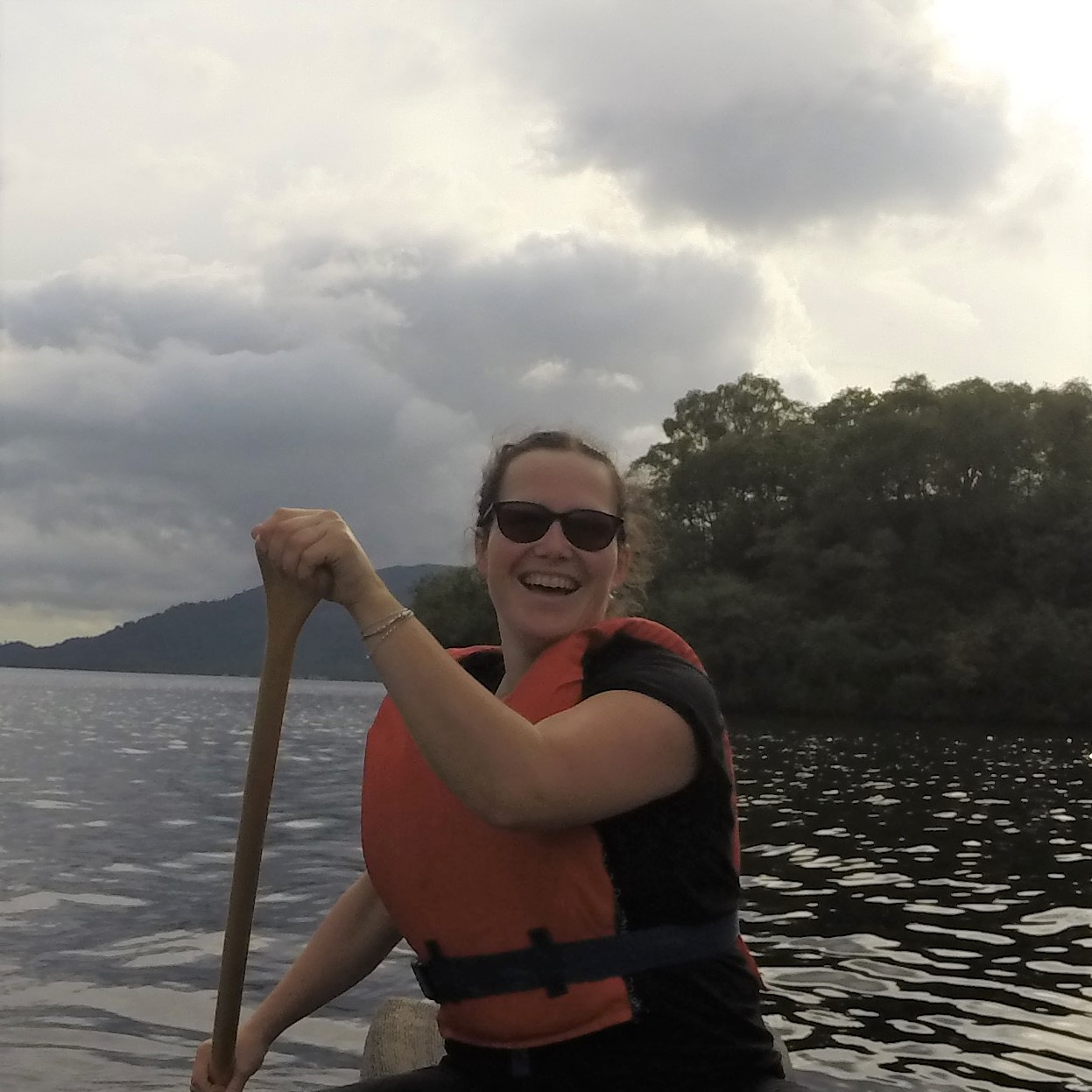 Tamsin joined us after finishing her PhD at Aberystwyth University as a research assistant funded by a Leverhulme Trust grant. 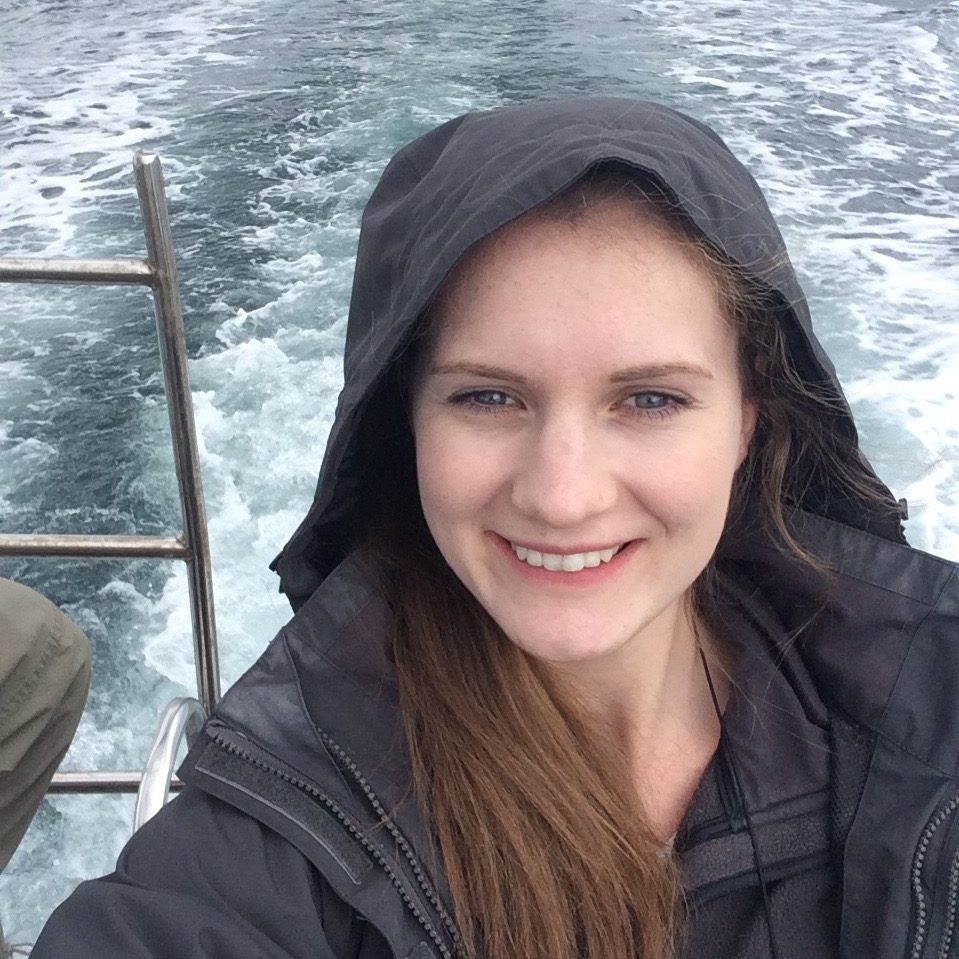 Poppy joined the lab as an intern, having done her undergrad at Oxford and a masters at Imperial. She's working on getting her work with us published, alongside her PhD at the University of Vienna. 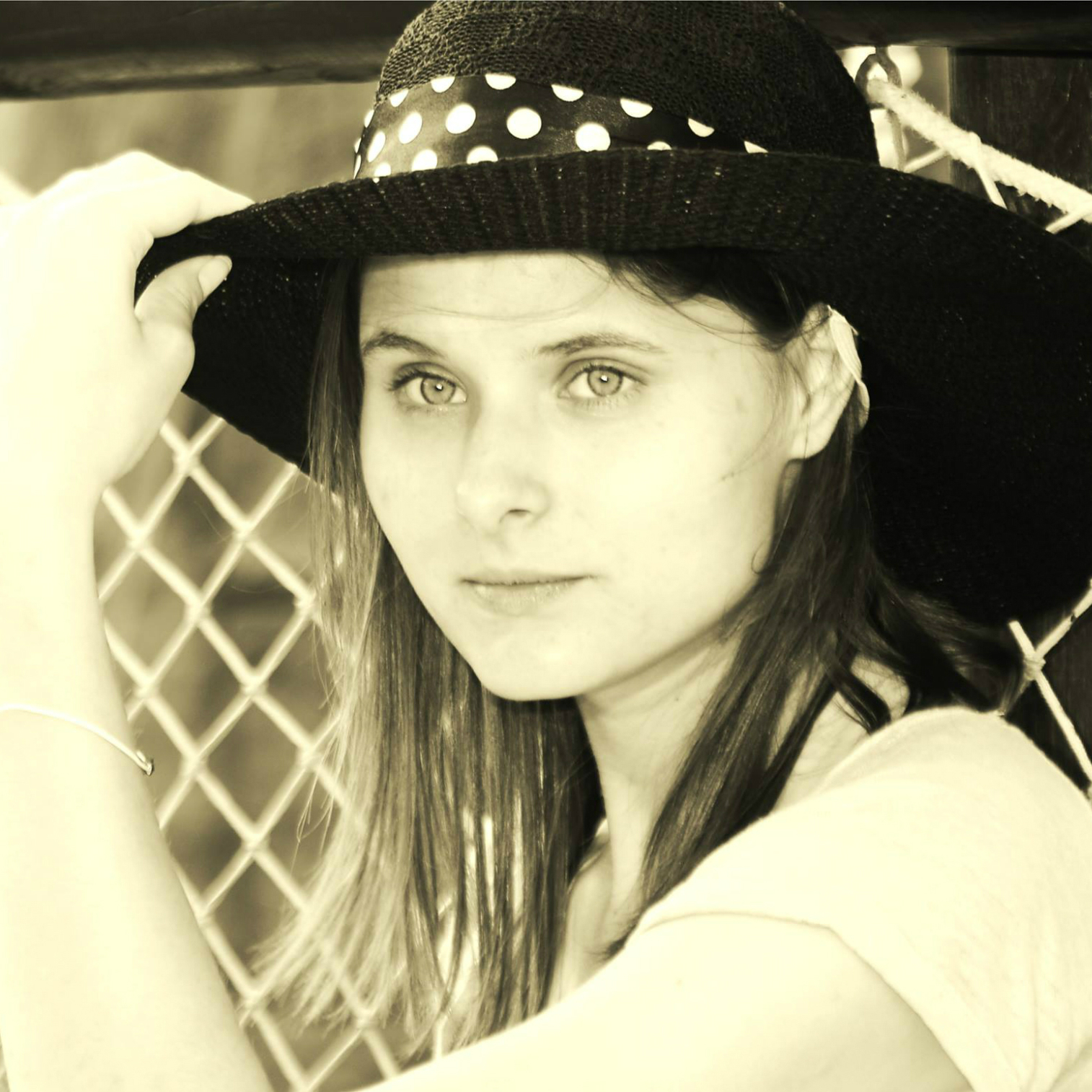 Louise was with us for half a year on an internship from Agrosup in Dijon, France. After running two whole experiments and tracking these using idTracker in only 5 months, she went on to do a PhD (unfortunately not with us!). Our paper with Louise has been published in Proceedings B: "Anthropogenic noise pollution from pile-driving disrupts the structure and dynamics of fish shoals" 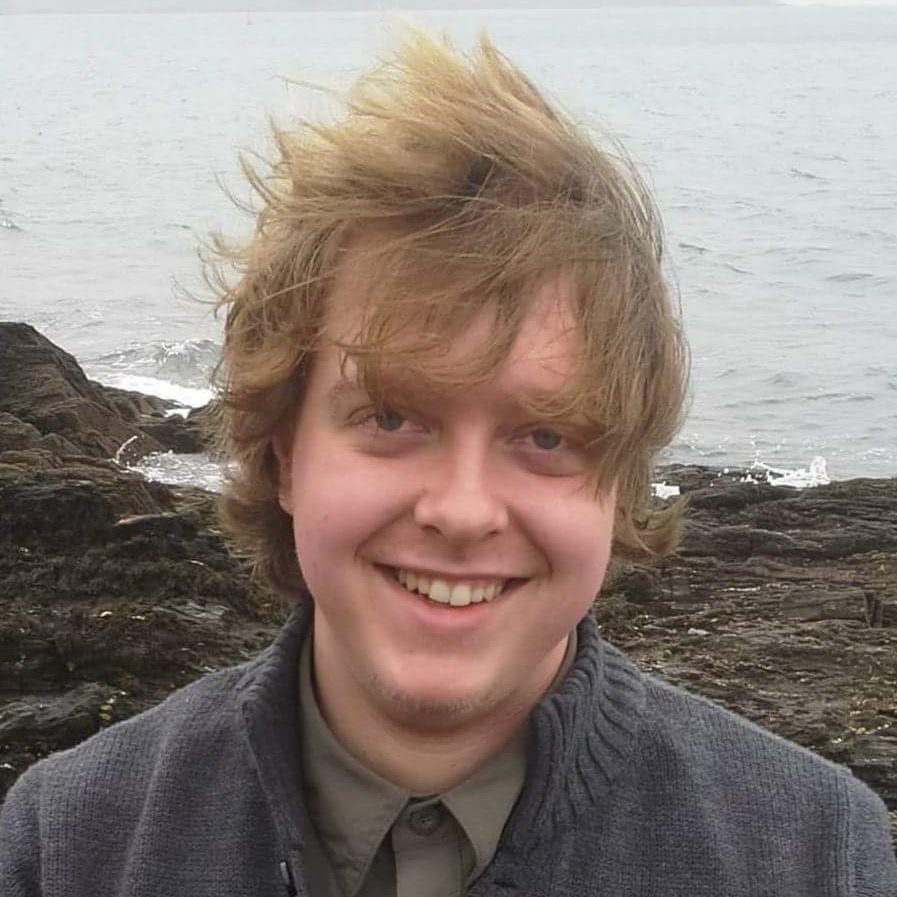 Callum spent some months back in 2014 as an intern in the lab and did some great work with the virtual prey - real predator system (published in Behavioral Ecology: "Marginal predation: do encounter or confusion effects explain the targeting of prey group edges?"). He's gone on to a PhD at the University of Liverpool in the Mammalian Behaviour & Evolution group. 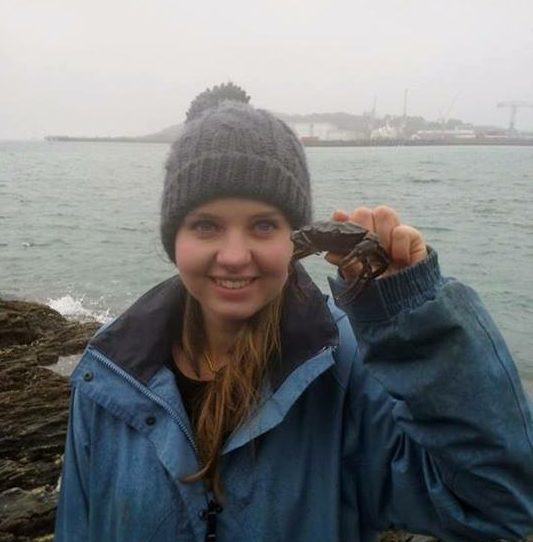 Flo followed as an intern soon after Callum and also did great things with the virtual prey system. Her work is now published in PNAS ("Predators attacking virtual prey reveal the costs and benefits of leadership"). In the mean time she has been busy with a PhD on orangutans in Borneo! Not quite as fun as testing sticklebacks in a cold lab... 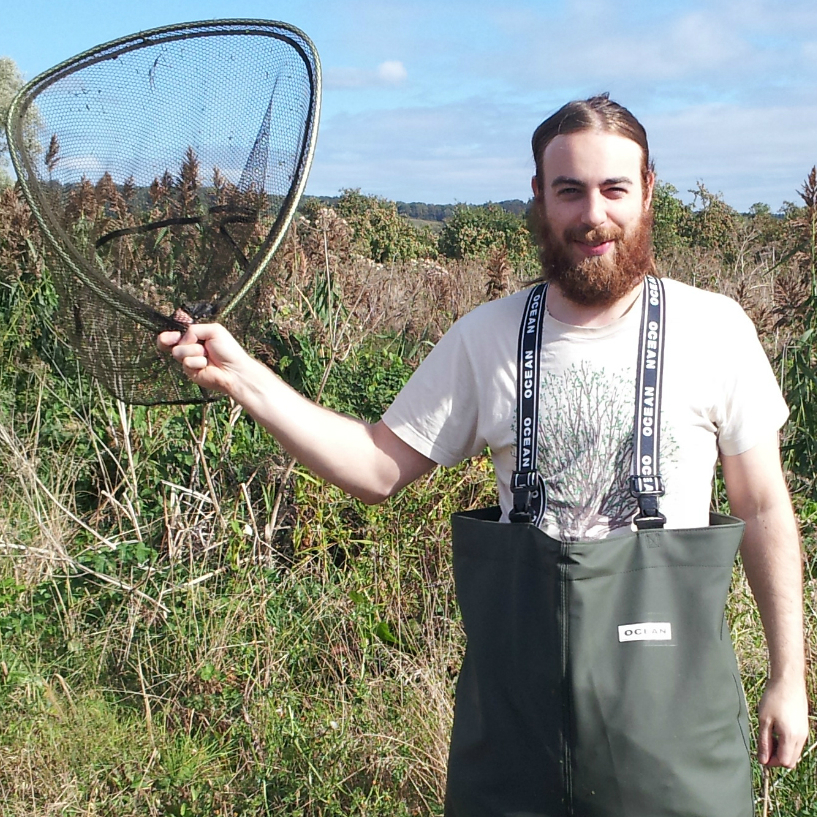 Nick was a Master by Research student in the group from 2014-2016. Nick worked on personality, group decisions and learning in sticklebacks, and his paper is published: "Consensus and experience trump leadership, suppressing individual personality during social foraging" in Science Advances. 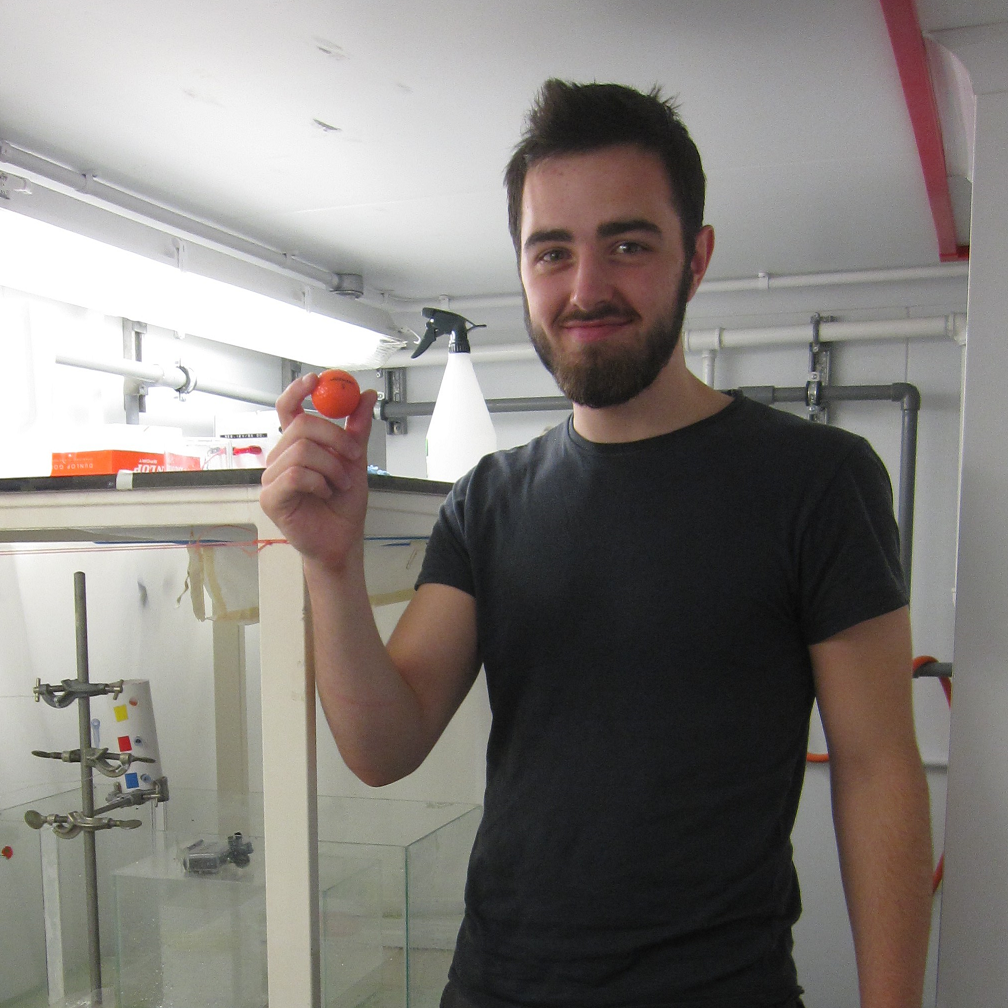 After helping to set up new experiments with seabass, Cormac left us for continental Europe and a ERASMUS masters degree.