Our new research has found that noise from human construction projects can disrupt the schools that are so impressive in marine fish, now available open access in Proceedings of the Royal Society B. It’s also our first paper on seabass, and the first time we’ve used marine fish in the lab.

Human activities, like spreading cities, transport and construction, generate a lot of noise that travels faster in water than in air. But cohesion and coordination in fish schools are essential in helping some animals avoid predators and exchange information socially. Recordings of pile-driving, used in the construction of marine infrastructure like windfarms and piers, were played back to small schools of seabass. 450 individual fish were tested in shoals of four individuals each, in the aquarium at the University of Bristol. The fish became less cohesive and coordinated during the playbacks, compared to when only normal ambient sea sounds were played to them.

Now changes due to noise are established in the lab, the next step is to test this under natural conditions.

Here's the experiment with the fish tracking data superimposed 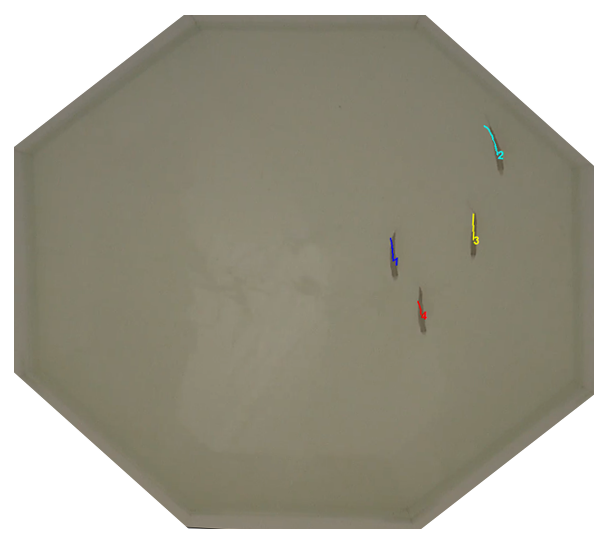 Here's one of the biggest effects we detected: the fish slow down much more in the pile-driving playback

The paper also got picked up by some of the UK's most popular newspapers; unfortunately as an anti-windfarm story! 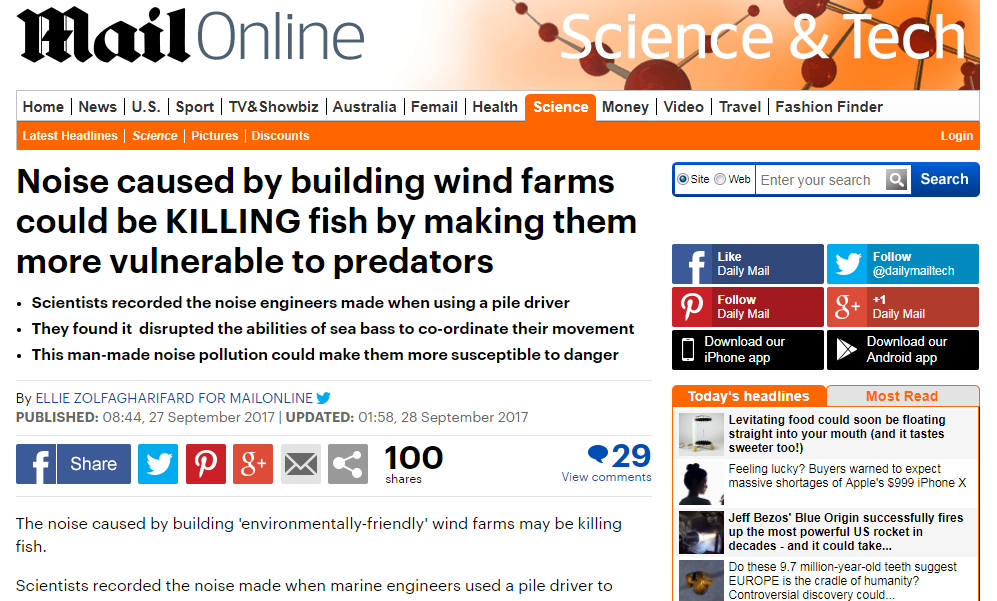 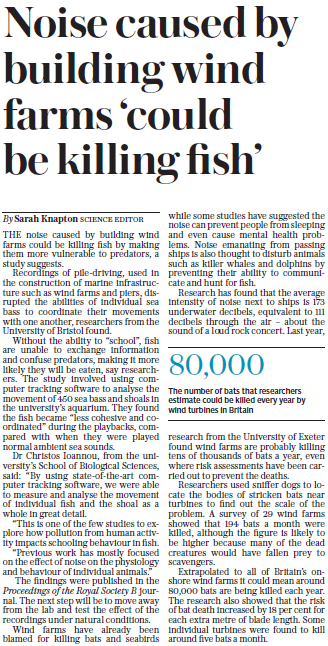