It’s been a good year for the lab in terms of publications so far, and all are open access. Early in the year, Caroline Liddell published her first ever paper (and our first on sheep!):

Response to resources and parasites depends on health status in extensively grazed sheep in Proceedings of the Royal Society B. She demonstrates that healthy sheep are distributed along resource gradients in the habitat, while less healthy sheep are more responsive to parasite (tick) distributions: 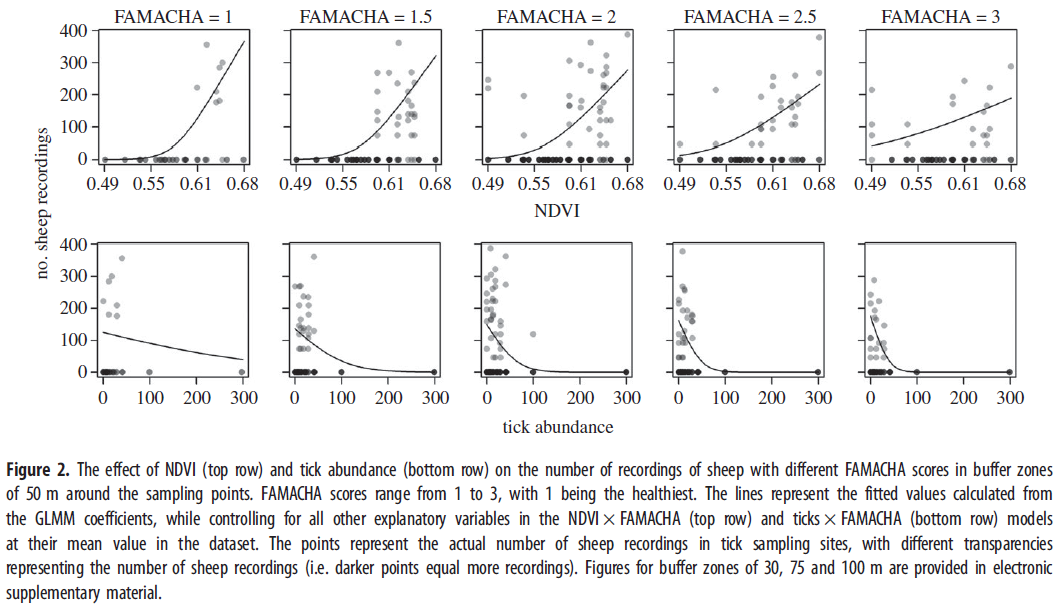 Andrew Szopa-Comley also had his first ever paper out:

Predator personality and prey detection: inter-individual variation in responses to cryptic and conspicuous prey in Behavioral Ecology and Sociobiology. Although he found boldness was repeatable in sticklebacks and confirmed that cryptic prey were harder to detect, there was surprisingly no link between individual’s boldness and their detection of prey.

Information can explain the dynamics of group order in animal collective behaviour in Nature Communications. Hannah found that groups can switch between swarm states and highly ordered polarised states because individuals vary in how much they rely on private or social information when a cue appears in the environment (in the case of the experiment, food). She has a wonderful video explaining the study here. 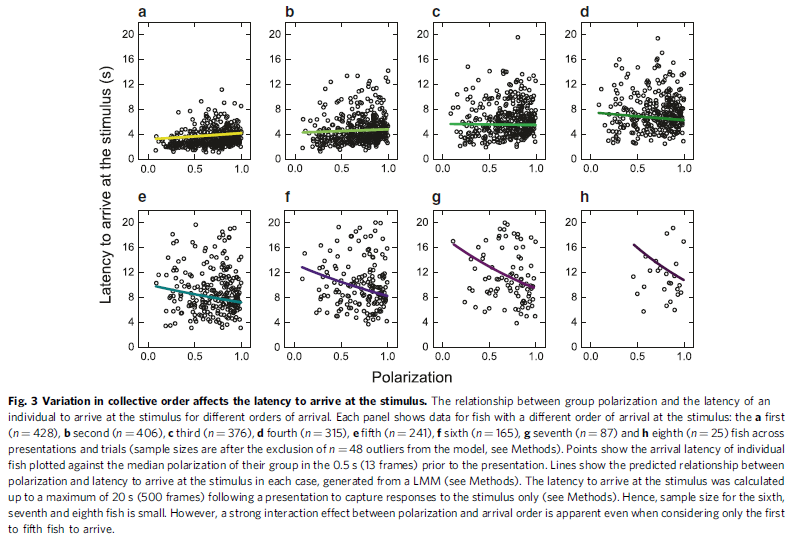